The Casino is a ZEE5 Original series about an heir of a multi-billion casino. Starring Karanvir Bohra and Mandana Karimi, it premiers 10 April 2020. 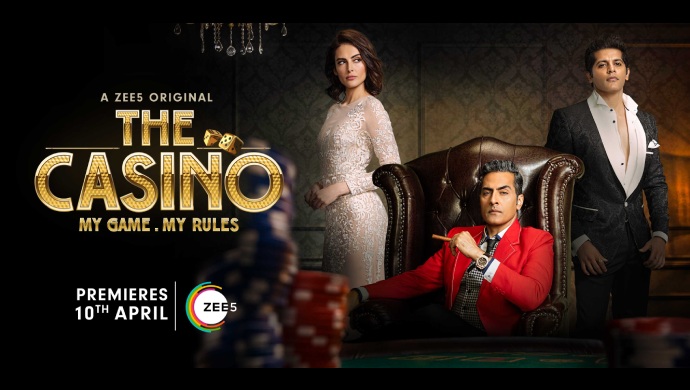 A new ZEE5 Original web series, ‘The Casino – My Games. My Rules’, is a story of a rich yet very humble, simple and loving boy, Vicky, who is the heir to his father’s multi-billion casino.

In this gamble for power, you go all in or fold. What will you choose?
#TheCasino premieres 10th April. #MyGameMyRules #AZEE5Original

Currently, the show is being shot at the picturesque locations of Kathmandu and Pokhara in Nepal. Parts of it has also been shot in Mumbai. The story revolves around a casino in the backdrop and has elements of glitz and glamour that come along with high society business and prestige. Murder, gambling, mystery and conspiracy are the exciting components that the dark and revengeful story-telling of this series has to offer.

In an interview with the Indian Express, Karanvir was quoted, “I’m excited about making my digital debut because truly #TheCasino #MyGameMyRules on ZEE5 is a unique series and my character has shades and nuances which I haven’t experimented with as an actor before. It’s going to be interesting to see the audiences’ reaction to these new shades as well as the backdrop which hasn’t been explored in India yet, that of the gambler’s world”.

Ravi Dubey, a good friend of Karanvir, recently put up a story on Instagram in support of the show:

Supercinema has built excitement by tweeting out:

Peeping also had something to say about this unique series and the lead actor:

Let us know in the comments box, how do you like the new poster of the web series!