ZEE5 Original Series Bombers Promises Entertainment At Its Best, Watch The Teaser Inside

The upcoming ZEE5 original sports drama Bombers is a series that every football fan will love watching. Check out the teaser. 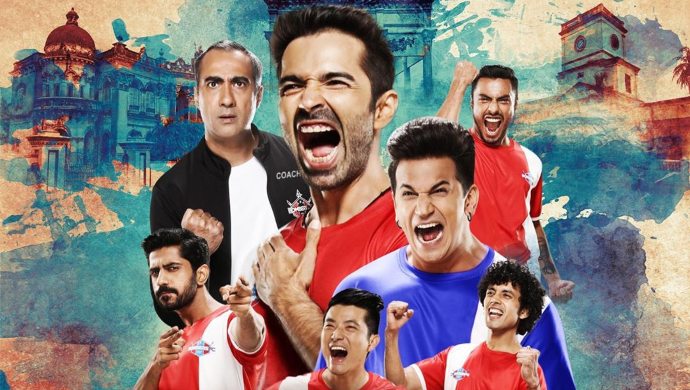 Get ready to experience the high octane sports drama, Bombers. With a lot of buzz in the audience, this is another entertaining offering from ZEE5 in the month of June. The original series has a stellar cast that includes Varun Mitra, Meiyang Chang, Ranvir Shorey, Aahana Kumra, Prince Narula, Sapna Pabbi, Zakir Hussain and Anup Soni in important roles. The story of Bombers is based on a football team from Chandan Nagar, West Bengal. The teaser of the upcoming series is out and if you haven’t watched it yet then take a look below:

After watching the promo we can say that the story has a lot to offer than just the game. The promotions of Bombers is done at a very high scale to attract the viewers and engage them. The on-going CONTEST is based on the chant “Fort et Fier, Arikbaar. Bombers Baar Baar.” Take a look at the contest below:

Another star from the series, Saaquib Ayubi informed the audience and urged to take part in the contest.

Have you participated in the contest? If no, then what are you waiting for. Go and upload a video with the chant in your style and stand a chance to star in Bombers. The series will be exclusively available on ZEE5 from 22nd June onward.

Watch the season finale of Karenjit Kaur: The Untold Story of Sunny Leone.

Watch Haider, The Story Of A Son Who Wants To Avenge His Fathers Death

6 Villains From AndTV Shows Who Are Pure EVIL!