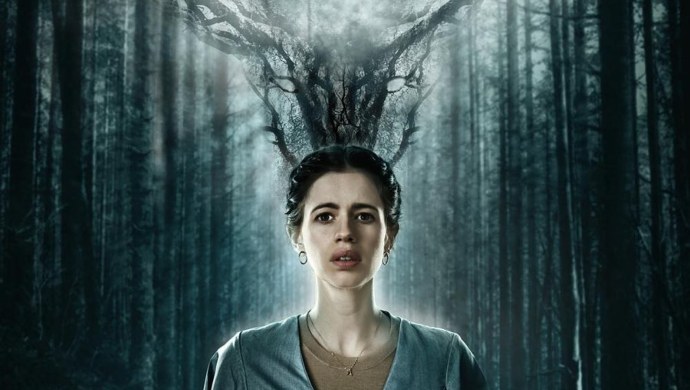 ZEE5 is all set to bring an intriguing psychological thriller Bhram, revolving around a female novelist. Happy Ending star Kalki Koechlin plays the lead protagonist in this women-centric drama. Her character is suffering from post-traumatic stress disorder (PTSD) and goes through a range of emotions while pursuing a story. Kalki’s first look from Bhram showed her wearing in a blue button-down dress over a full-sleeves t-shirt and sporting a twisted hairstyle. Now, in the first look poster shared by the OTT platform, we see a frightened Kalki’s character standing against the backdrop of woods. The graphical representation of roots and branches coming out of her head got us biting our nails as we wonder what could the situation be.

In case you haven’t seen the poster, check it out now here:

The eight-episode series has been written by K Hari Kumar and directed by Sangeeth Sivan, it goes on floors this week. The digital drama boasts of an ensemble cast comprising Bhumika Chawla, Sanjay Suri, Eijaz Khan, Omkar Kapoor, besides Kalki. Omkar was last seen in ZEE5 Original web series Bhoot Purva. You can catch the romantic comedy here:

He revealed to us exclusively that he plays Kalki’s husband in the web series. Bhram marks his second outing with the platform. “I am excited to be a part of my next web show Bhram with ZEE5 once again…. it’s always a pleasure working with the ZEE5 team and when Sangeeth sir approached me for this part I couldn’t say no. I play Kalki’s husband in the show who has a layered character with a lot of mystery surrounding him. Am looking forward to the shoot ahead,” shares Omkar.

Talking about her new venture, Kalki says, “Bhram is an intriguing story and the character I essay is really complex. I heard the script and then kept thinking about it for days. It is almost frightening how the human mind works. I am looking forward to the shoot and the release on ZEE5.”

The first schedule of the shoot will take place in Shimla and Bhram shall premiere on ZEE5 in September 2019.

Stay tuned for more updates and an exclusive sneak peek into the forthcoming web series.