From Deewar to Raees to Devdas, the Mentalhood actress simply nailed the game by giving the right answers and proved that she is a total movie buff 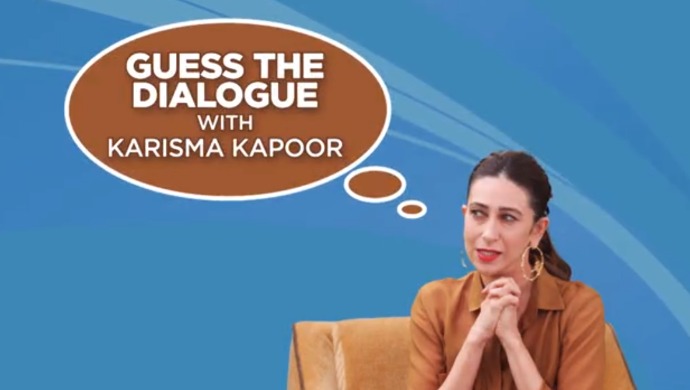 Recently, the Bollywood iconic actress Karisma Kapoor, who essays the role of Meira Sharma in the emotional series Mentalhood, played a fun game, where she had to guess who delivered iconic Bollywood movie dialogues. The actress got candid as she said Mentalhood has got so many things about real life. She said, “I am living my real life as I was about to relate with the character”. Karisma spoke about the striking similarities in her and her on-screen character. She said, “Meira is quite sincere, hard-working, wants everyone’s happiness and moves with the times to fit in. When I was young, I was trying to fit in the Bollywood industry. There are quite a few similarities between me and my on-screen character Meira.” Karisma revealed that she has not seen the majority of her films that she worked in.

Karisma recognized few Bollywood iconic movie dialogues and was quite excited by her success. From Deewar to Raees to Devdas, Karisma simply nailed the game by giving the right answers and proved that she is the ultimate movie buff!

ZEE5 Original series Mentalhood is directed by Karishma Kohli and written by Ritu Bhatia. The series features Karisma Kapoor, Dino Morea, Shilpa Shukla, Shruti Seth, Sandhya Mridul, and Tillotama Shome in pivotal roles. The story of the series revolves around the real hardships of a mother in raising her kids. The series showcases five supermoms and one stay-at-home dad. Mentalhood premiered on 11 March 2020 on ZEE5.

Get Live Updates on Coronavirus Outbreak on ZEE5 News.

Bablu Dablu: What Makes These Bear Brothers So Lovable?