ZEE5 Presents The Second Season Of Another Successful Franchise, Abhay Is Back On The Case

The most awaited true crime show starring Kunal Kemmu, ZEE5 Original series Abhay 2 has gone on floors. Here's what the actor and director have to say 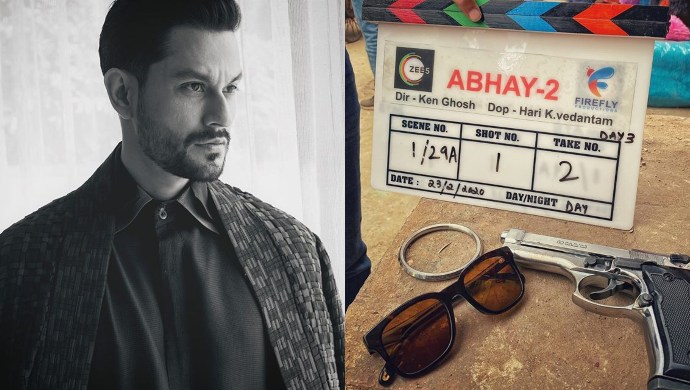 Fiction based on true events, Abhay 2 will see a terrific ensemble cast, ZEE5 Originals has earned the reputation of presenting some of the best crime-thrillers in the webspace and the platform continues to reign this space with Abhay Season 2.

Kunal Kemmu who earned much praise for the first season returns as Abhay in the second instalment too. The series is set to bring to the forefront some ruthless crime stories that follow the inverted detective format of storytelling. Kunal will be seen essaying the role of Abhay Pratap Singh, who understands a criminal’s mindset and is unafraid to go any extent to solve a case.

In this season, Abhay continues to hunt vile murderers and monsters with his trademark ingenuity, and novel deductions, until an enigmatic criminal mastermind, with no name or past, turns his world upside down and traps him along with everyone else in a maze that will test the very fibre of Abhay’s morality.

And it Begins.. #Abhay2 @zee5premium

Talking about the series Kunal Kemmu shares, “I like the idea of continuing a story and building a franchise as viewers have developed an affinity with the content and they know what to expect. Viewers have experienced, appreciated and are keen to watch the story continue which is motivating for an artist.”

Kunal further adds, “The first season of Abhay received a fantastic response and the second season will surely push the envelope further. Personally, I enjoy watching crime thrillers and I believe that it is a genre that most people have caught on to. Looking forward to another season with ZEE5 and a fantastic cast & crew.”

Director Ken Ghosh shares, “The OTT space is thriving and there is a constant need to feed this space with content which has a pulse. The format of Abhay is untapped in this medium. It is among ZEE5’s most successful franchise and hopefully, the second season will catch on as the first one did.”

Abhay Season 1 was a first of its kind procedural format crime thriller in the OTT space and it performed extremely well on the platform, encouraging ZEE5 to launch the second season.

The 8-episode series also has an ensemble cast, all of who are power-packed performers. The scripts are intricately layered and each 45-minute episode is sure to excite the audience.

Produced by B.P. Singh’s Fiction Factory and directed by Ken Ghosh, the shoot for the second season has begun and will premiere this summer exclusively on ZEE5 Originals.

Watch 'The Chargesheet: Innocent or Guilty?', a ZEE5 Original series