Karrle Tu Bhi Mohabbat deals with the troubles of alcoholism while The Final Call talks about suicidal tendencies. Watch both the series on ZEE5. 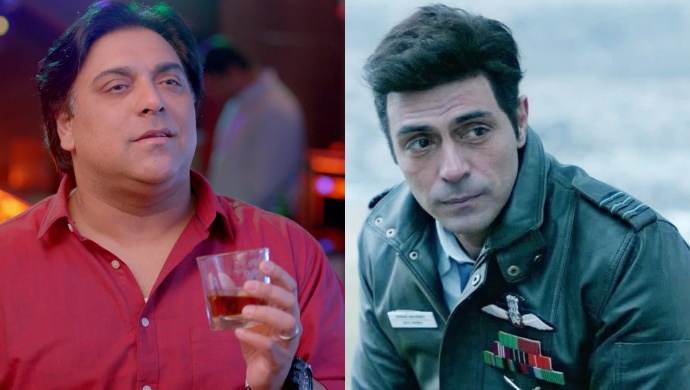 The World Health Organisation (WHO) constitution states: “Health is a state of complete physical, mental and social well-being and not merely the absence of disease or infirmity.” With the message of #BeCalmBeEntertained during the Coronavirus lockdown, ZEE5 has made a bunch of premium content, free of subscription. You can enjoy daily-soaps like Karrle Tu Bhi Mohabbat, which highlights the mental struggles faced by Karan Khanna and how he finds love in his counsellor. Similarly, Captain Karan Sachdev deals with psychological trauma in the ZEE5 Original series, The Final Call. Read on to know their stories.

In the Zee TV series, Bollywood actor Karan Khanna, essayed by Ram Kapoor, had a small happy family. He was married to his wife, Radhika and had a daughter with her, Trisha. Owing to differences, he got divorced and resorted to alcohol. So much so that he became an addict and needed professional help. He saw a de-addiction counsellor, Dr Tripurasundari Nagrajan aka Tipsy (Sakshi Tanwar) who eventually became his love interest. A rehabilitation trip to Mahabaleshwar set the ball rolling for a healthy recovery. Nonetheless, he was struggling with obesity.

Getting into a relationship with Tipsy and then marrying her, Karan spent quite a few years in sobriety. But a terrible car accident brought him back to square one. He was partially paralysed and walked with the help of a crutch when discharged from the hospital after two months. His career doomed with back-to-back flop films, he went into severe depression. Alcoholism relapsed and he started drinking while hiding it from Tipsy. She stuck by his side and helped him get over his insecurities, but all in vain.

Karan and Tipsy parted ways and lived separately for five years. Karan bounced back as a superstar, but his mental health wasn’t any better. In his words, he was an alcoholic and arrogant already, but now he had become heartless. The pain of two broken marriages killed him from within. Through a sneaked out DNA test, he learns that Tipsy’s four-year-old daughter is his child. With more of such revelations, he tries to get his life back on track and reunite with Tipsy. But unable to help himself, he admits to a crime that he didn’t commit and ends up in jail.

Similarly, in a ZEE5 Original web series, portrayed by Arjun Rampal, Captain Karan Sachdev was an Air Force pilot. On a challenging mission, he was ordered to shoot a school down which wasn’t a target initially. The regret of killing innocent children and people would haunt him constantly, and so he resigns. Suffering from clinical depression, he has suicidal thoughts. One day, when he is flying a fighter plane, he intends to crash it on purpose. ATC Kiran Mirza (Sakshi Tanwar) from Air Traffic Control comes to his rescue.

Arth - A Culture Fest Is Back With An Online Format And Is Live Right Now!